Yesterday I visited the Future of Web App (FOWA) Expo and the live taping of Diggnation in London's ExCel. 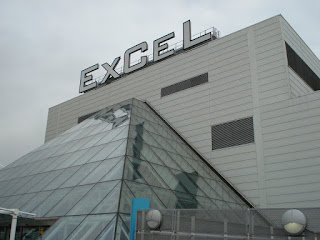 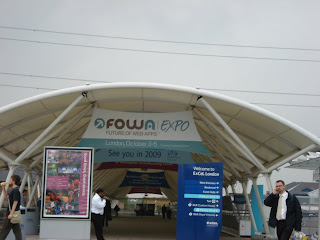 All in all it was a very good day (even though I went by myself).

The expo floor was a little dull and there wasn't much to see although Adobe had a really nice booth setup though where they were showing off some of their products like Flex and handing out free beers and letting people play the Wii. 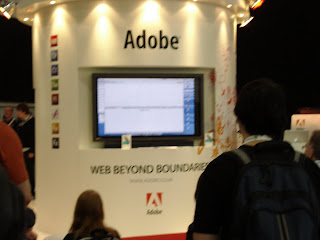 Microsoft also had setup a few Xbox 360's all with Halo 3 running.

I got to the Expo in the afternoon so I missed the first few speakers but the afternoon speakers on the developers stage were really good. Daniel Burka of Digg.com and Pownce gave a lot of good information on how to listen to users and take in user feedback. Matt Mullenweg of Wordpress.com spoke in great detail about the architure and setup behind Wordpress.com. Matthew Haughley of MetaFilter presentation was on building a community and he made some good points on how to build a community, support a community and how to react when your community does not like something. Heidi Pollock formerly of Yahoo! Mobile and currently part of BluePulse gave an informative presentation on how to create mobile websites, the restrictions and frustrations on creating websites for mobiles and how to cater for the thousands and thousands of different mobile handsets. John Resig of Mozilla (and the lead developer of the JQuery JavaScript Library) spoke about the future of JavaScript and all the cool stuff they are looking to integrate into the Firefox browser. The last presentation I saw was from Kevin Rose of Digg.com, Revision3.com and Pownce, he spoke about how he setup three startup companies in three years and the pitfalls he had along the way. 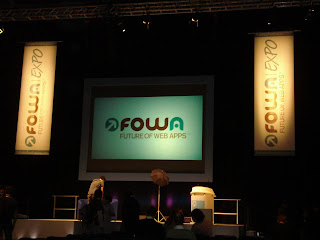 If there is a lineup of speakers as good as this next year (and if it's in the UK) I will defiantly go again.

After the FOWA Expo was the live taping of Diggnation. Diggnation was so much fun and it was really funny. I tried to take a few pictures but the all came out blurry (mainly because I kept on laughing when trying to take a picture) I really can't say much more other than it really was a great show and I hope they come back to London and do another live show soon. 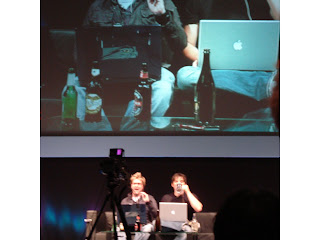 While I was in London I also took a picture of the Dome/o2 (or whatever it's called these days). 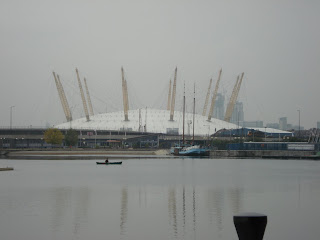